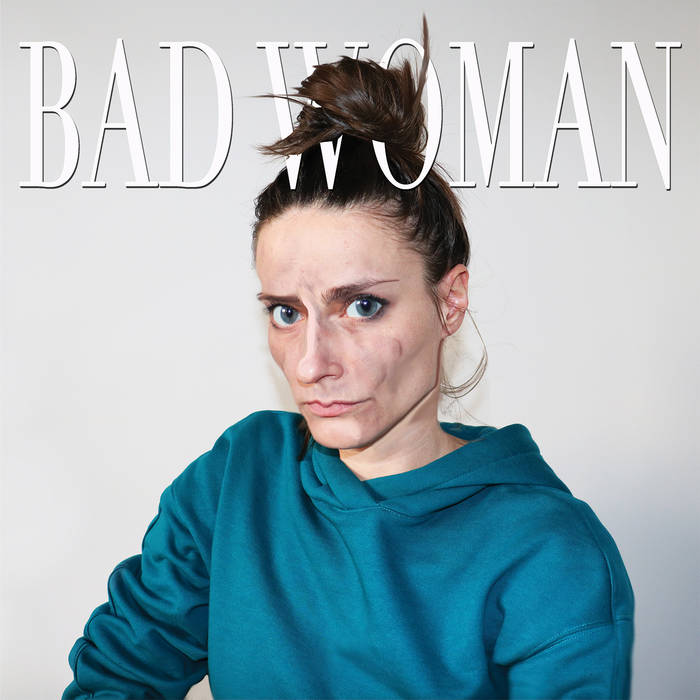 “It’s not easy to be free, but it’s harder not to be”.These are the first words to Bad Woman, Céline Gillain’s debut LP on DRAMA.

I’ve never had that many difficulties writing a text for a release. There were easy ways of dealing with it actually, like isolating some of the lyrics and making aphorisms out of them that would have punctuated the text. I could have also wrote about her music with hackneyed words and glamorous comparisons with the likes of Laurie Anderson or Leslie Winer.

So I will only say a couple of things. If the idea of an LP following her debut 7″ on Lexi Disques gets you as excited as we were and still are, you won’t be disappointed by Bad Woman. The music on the upcoming album definitely is pop music, but in a disturbing, beyond « good » and « bad » taste kind of way.

It sometimes feel as if Bad Woman has been written by a former Pop diva that saw her expectations being shattered by life and now tries to make her come-back with a new album, influenced by what she believes to be contemporary pop music. The thing is, the result is a mutant blend of everything and anything that has been produced by the music industry these last 30 years, from Cher’s delirious come-back in the 1990’s to the most embarrassing moments in Dance music, and it rather sounds like a record that would have been written in a parallel universe.

That being said, Bad Woman tackles painful issues about our lives as individuals and society but with absolute elegance. After months of being the only one able to listen to it, no need to say that Zaltan & I are now extremely proud and happy to see this record coming to life.

Bandcamp Daily  your guide to the world of Bandcamp